Point of No Return is saddened to learn of the passing of Zvi Gabay, former Israel ambassador to Ireland and a dogged advocate for the rights of Jews from Arab lands. Gabay was born in Iraq in 1938 and made his career in the Israeli Foreign Ministry, travelling around the world. But the issue closest to his heart since his retirement was always the rights of Jewish refugees from Arab countries.

He never failed to keep the issue alive in the Hebrew press, and some of his pieces were published in the English-speaking press, most recently this Jerusalem Post article on 77th anniversary of the Farhud pogrom in Iraq.

Zvi Gabay’s memoir, From Baghdad to the Pathways of Diplomacy, reflects modesty and restraint. Typically, his memoir understates his tireless advocacy in newspapers and fora for the rights of almost a million Jews driven from Arab lands. As a tribute to him we are reproducing Lyn Julius’s review:

“In his book he barely mentions the issue which
– apart from his love of Arabic poetry – has consumed much of his time
since his retirement.

Born in Baghdad in 1938, Zvi Gabay (brother of
the famous film actor Sasson Gabay) was just old enough to remember the
turmoil of 1947, when the Iraqi government tried to divert popular
attention away from domestic issues to the Jews. Iraq was among the
seven Arab countries that declared war against the new state of Israel.
Arrests of local Jews, executions and travel bans followed. The writing
on the wall was clear to Zvi: the Jewish community of Iraq was doomed.

Although he comes from a comfortable middle
class family, several frightening incidents stick in Zvi’s childhood
memory: Palestinian youths hurling stones at Zvi’s bicycle, for
instance. The hostility he encountered in Baghdad made Zvi loathe the
city and strengthened his determination to emigrate to Israel.

There was a two year stint at a ‘cold and
alienating’ kibbutz, night school, then military service in the IDF.
Expecting to be punished for playing without permission his passion,
tennis, in his lunch break, Zvi tells an amusing anecdote when the base
commander insisted, davka, on playing with him. It was ‘tennis under orders’.

His family having sought security in Israel,
then came a terrible twist of fate: his father was murdered in his Haifa
grocery store by a Christian Arab.

Zvi undertook intermittent higher studies and
embarked a long career in the Israeli Foreign Ministry which took him to
Ireland (where he served as ambassador) and Australasia. As a fluent
Arabic speaker he was one of the first diplomats to be assigned to the
Israeli embassy in Cairo. Much of the work was unglamorous: arranging
official visits, undertaking painstaking mediation behind-the-scenes for
the release of Israelis in Egyptian jails. His disappointment at the
cold peace which followed the 1979 Israel-Egypt Treaty is palpable. The
Egyptians he dealt with remained smiling and polite but ultimately
uninterested in advancing relations with Israel. 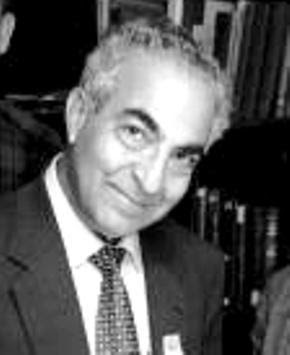 The most fascinating section of Zvi’s memoirs
relates to Egypt. He tells a hilarious story of Israelis stuck in a lift
‘with a mind of its own’. The repairmen’s stock answer was ‘patience,
patience.’ The doorman refused to help, convinced that the cries of the
trapped Israelis were the voices of jin (spirits). The firemen
arrived, put out an imaginary fire and left. Zvi and his friends had no
choice but to free their suffocating colleagues with their own hands, by
breaking a hole through the adjoining wall.

A suitable metaphor for the Israel-Egypt peace
treaty, perhaps: the Israelis make all the running, while the Egyptians
imagine Zionist conspiracies, pay lip service, and urge ‘patience’.