For the great mass of Jews fleeing Arab countries, adapting to their new countries meant cultural adjustments, as Lyn Julius describes in her new book Uprooted. 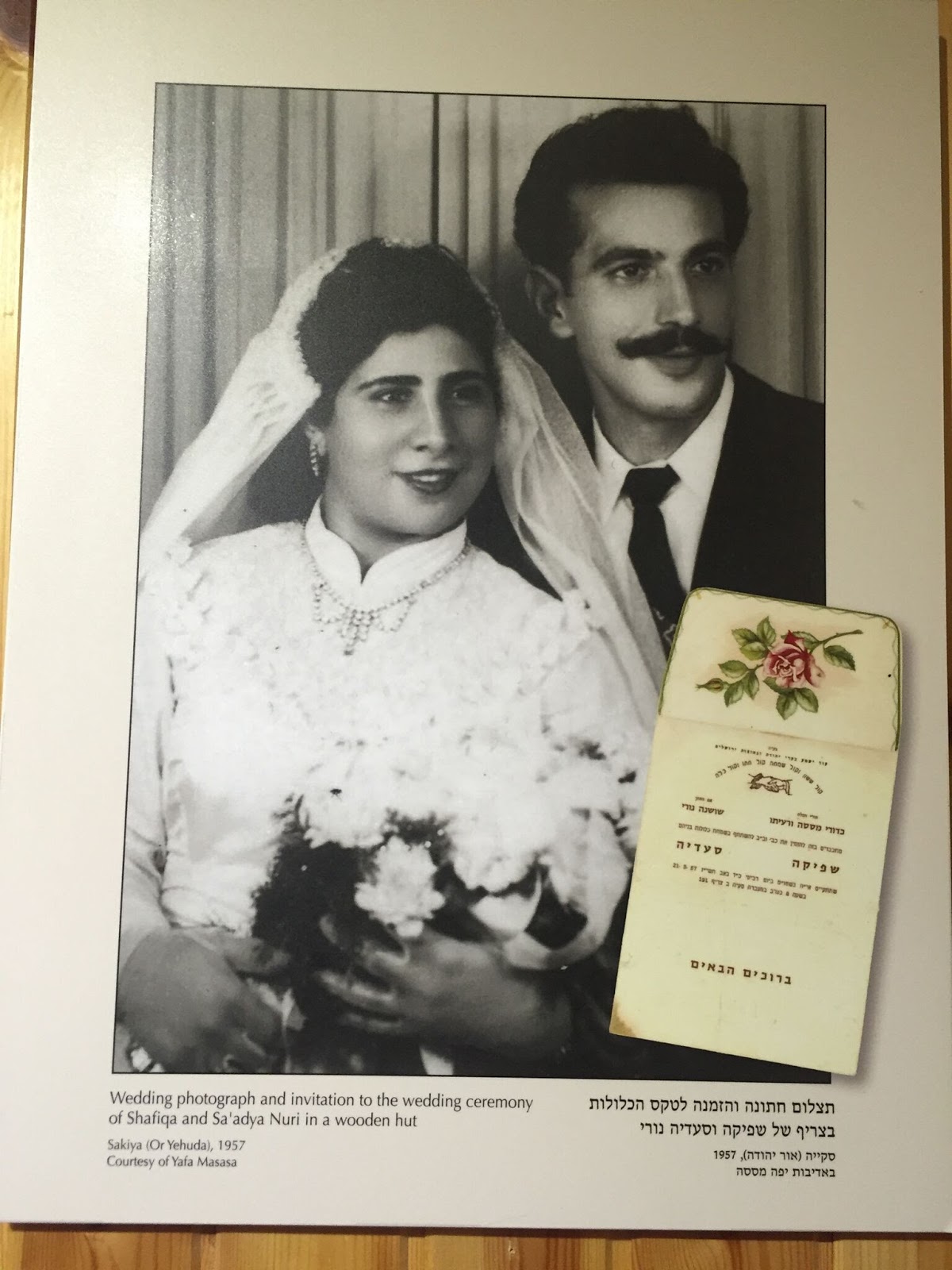 One word
encapsulates the Mizrahi refugee experience in the Israel of the 1950s and
1960s: ma’abara. Ma’abarot were transit camps of fabric tents, wooden or
tin huts. They were conceived by Levi Eshkol of the Jewish Agency to provide
temporary housing and jobs. The first ma’abara was es- tablished in May
1950 in Kesalon in Judea.

The EU as a
whole, with a population of over 300 million, has been taking in as many
immigrants as Israel, a country of half a million, absorbed in the early 1950s.
As well as 100, 000 Holocaust survivors, the tiny struggling country took in
585,000 Jewish refugees from Arab countries, most of them destitute. By the
1960s, the refugees had tripled the country ‘s population.The size of
Israel’s endeavour was Herculean. A nation of 650,000 absorbed 685,000
newcomers, some arriving with dysentery, malnutrition, ringworm, trachomaand TB.

During the
first years of statehood, roughly two-thirds of Jews from Muslim countries
availed themselves of the Law of Return, passed by the Israeli Knesset in 1951.
The newcomers came to Israel on some of the largest airlifts in history. It was
a miracle that there were no accidents. The chartered aircraft were overloaded
and fuel was short. Desert sand damaged the engines. It took sixteen hours for
Yemenite Jews to reach Israel, and planes from Iraq were, at first, not
permitted to fly direct.

Conditions in
the ma’abarot were deplorable – too hot in summer, too cold in winter,
exposed to the wind and the rain. Everything from food to detergent was
rationed.

Refugees had
to line up to collect water from standpipes. The water had to be boiled
before it could be drunk. The public showers and toilets were rudimentary.
The 113 ma’abarot housed a quarter of a million people in 1950.

Slowly
the ma’abarot turned into permanent towns. Some residents stayed in the
camps for up to thirteen years.‘Bring a million Jews’, declared Ben-Gurion. But
news of what awaited them deterred those Jews still in Arab countries from
joining their relatives in Israel. Bitter and disappointed Iraqi Jews spread
rumours that the Mossad had planted bombs in order to make them leave the
‘paradise’ that was Iraq. Later, there arrived in Israel Moroccan Jews,
disparaged as ‘Morocco sakin’(cut-throats), who, faced with multiple
hardships, idealised the sultan of Morocco as their protector and saviour.

The male
heads of household in particular never got over the degradation of becoming
refugees. Raphael Luzon writes of his father, who once owned several pharmacy
and cosmetics stores in Benghazi, Libya, until the family were forced to leave
in 1967:

After his
soul surrendered, his body followed and soon he became ill with kidney failure.
Apart from a brief stint in employment, he refused to work. Once a man of
wealth, he never would have thought about standing in line at the soup kitchen
with charity coupons to get meals for himself and his family. My mother urged
him to fight back, but her words fell on deaf ears. He had long ago lost the will to live.

The Jewish
state wished to build a new national identity and fashion those Jews who did
reach its shores in its own Western image. Many refugees launched themselves
with gusto into the task of nation-building, making an effort to speak only
Hebrew (Arabic was often associated with unhappy memories) and even Hebraising
their family names. The young people were carted off to kibbutzim to learn
Hebrew and controversially secular Western values, wear shorts and mix socially
with the opposite sex for the first time, as Eli Amir describes in Scapegoat.

But these
values were actually ‘only slightly Western’, as Yitzhak Bar Moshe discovered
when he arrived from Iraq. Israel was the state of Eastern European Jewry. With
the exception of rare figures like President Yitzhak Ben Zvi, it did not know
about Mizrahi Jewry – worse still, it did not want to know about them, their sages,
their rabbis, authors, paytanim (poets) or judges: ‘We understood that
we were one of many communities. We left Iraq as Jews and we entered Israel as
Iraqis.’

Still,
cultural adjustments were necessary in all facets of life. Shmuel Moreh’s
father could not comprehend the lack of corruption in Israel:

He used to
say, gritting his teeth: ‘By God, I don’t understand this up-side-down
country. May the Lord have mercy on Iraq. There we knew how to calculate our
steps. Open your hand a bit, slip a few dinars into the official’s hand in
order to grease the process of your request a bit and everything will fall
right into place. Here there is no bribery, there is no cronyism and there
isn’t the magical religious saying: ‘Do it for the sake of God! Do it for the
sake of the Prophet Muhammad!’ Here everything is according to the dark law of
the inhabitants, a law I don’t understand’.

For the
family of Chochana Boukhobsa, who came to Paris from the small Tunisian town of
Sfax, cultural differences had some hilarious side-effects. Her grandfather, a
ritual slaughterer, had brought with him his sharp knives and the habits of a
lifetime. Her mother paid top price for a cockerel she found on the Seine
quayside.

The cockerel
stayed under the kitchen sink of our tiny apartment on the rue de la Roquette.
He crowed at the crack of dawn. Puzzled neighbours searched the whole block
looking for him. ‘Did you hear a cockerel crow?’ They asked my mother. ‘No’,
she answered, mortified. As soon as the door shut, she told my grandfather.
‘Quick, kill that cockerel and be done with. In this city, the police come
after those who keep live birds in their apartments.’

From ‘Mizrahi Wars of Politics and Culture’, in Uprooted: How 3,000 Years of Jewish Civilisation  in the Arab World Vanished Overnight by Lyn Julius (Vallentine Mitchell).  Available onAmazon.