Lost in the discussion about the Israel government’s policy to deport migrants back to Africa,  the residents of south Tel Aviv, many of them Jews from Iraq,  tell Ynet News how the African presence has changed their neighbourhood.

They have been living in Hatikvah neighborhood for decades and
know each other since their children were small and still lived in the
neighborhood, yet the veteran residents of south Tel Aviv described our
recent meeting at the neighborhood’s community center as one of the last
remnants of their old communal life.

Addressing the controversial decision to deport
asylum seekers, many of whom have settled in the blighted
neighborhood, 72-year-old Yaffa Salah said: “I was born in Iraq, came to
Israel 60 years ago and have lived in the neighborhood for 55 years.
When I came, the place was nice and flourishing. The neighbors got along
an would eat watermelon and sunflower seeds together. Today, the
neighborhood has changed completely. The foreign migrants totally
destroyed our neighborhood.” 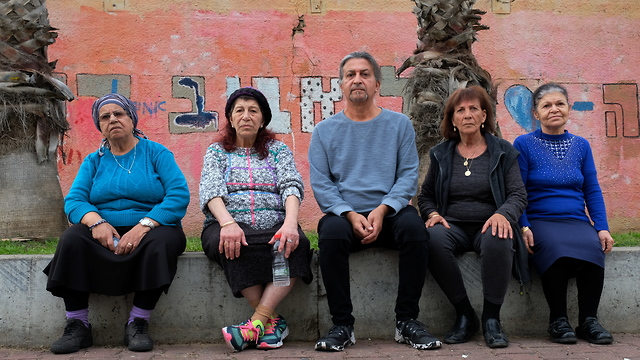 Salah says the foreigners drink lots of alcohol, driving many
residents away. “They no longer want to live here. My problem is not
with them, it is that they are in south Tel Aviv. They need to be moved
to other places.”

For Yaffa and her friends the controversy regarding the future
of the Eritrean and Sudanese asylum seekers in Israel directly impacts
the future of their neighborhood. They are less concerned with the
question of deportation and more with their desire to live in safety.

“I feel that I have no more desire to live here anymore, they should
be moved to north Tel Aviv. I am really scared to leave the house.
Friday nights they sit and make barbeques; I feel as if it is no longer
my country,” said 73-year-old Tziporah Fattal.

“We blame the government. It is responsible for what is happening here,” said another resident.

Ariel Zacharia, 58, was born in the neighborhood and never left.
He says there is enough space for 13,000 people and the neighborhood
now holds 25,000. “All sorts of real estate people turned their homes
into residencies for money.

“They turned a warehouse into small apartments. People here are
suffering. There are 11 kindergartens, one religious, the rest are for
the foreigners. The youth flee the neighborhood,” he said.

Why are Mizrahim failing to support African migrants?

This video by Bezalel Yaakov criticises Israel’s professional classes for  campaigning in favour of Africans threatened with deportation from Israel. No such campaign has been launched on behalf of an Israeli captive in Gaza, he says. Israel should give priority to Jews.