At a ceremony on
16 November  2017 in Rabat, a high-level French delegation
handed over to the National Archives of Morocco copies of  thousands of Judeo-Moroccan documents, enriching its collections and giving new impetus to academic research on Moroccan Judaism. The handover is significant because it will enable Moroccans themselves to study the history of their Jewish community.

One of the postcards handed over to the Moroccan Archives shows the Jews of Gourrama, in the south.

The director of the Archives of Morocco, Jamaa Baida, acclaimed the handover of these ‘extremely rich’ historic documents from the diplomatic archives of France and the Holocaust Memorial in Paris. Much of this archive has been digitized by Washington’s United States Holocaust Memorial Museum and negotiations are still in progress to fund further work.

The Shoah Memorial gave the National Archives of Morocco
373 photographs from different collections and from multiple sources:
postcards evoking Jewish life in Morocco at the end of the
nineteenth century, private photos of Moroccan Jewish families and items from the press and photographic collections of Moroccan Jewish
organizations such as the youth movement of the Israel Scouts of France
or the OSE.

The Memorial also provided a copy of its documentary archive on the situation of Jews in Morocco during the Second World War. This consists of 1048 documents
from different collections: geography of Morocco,  the Commissioner-General on Jewish Questions, and the Maurice Vanikoff archive. 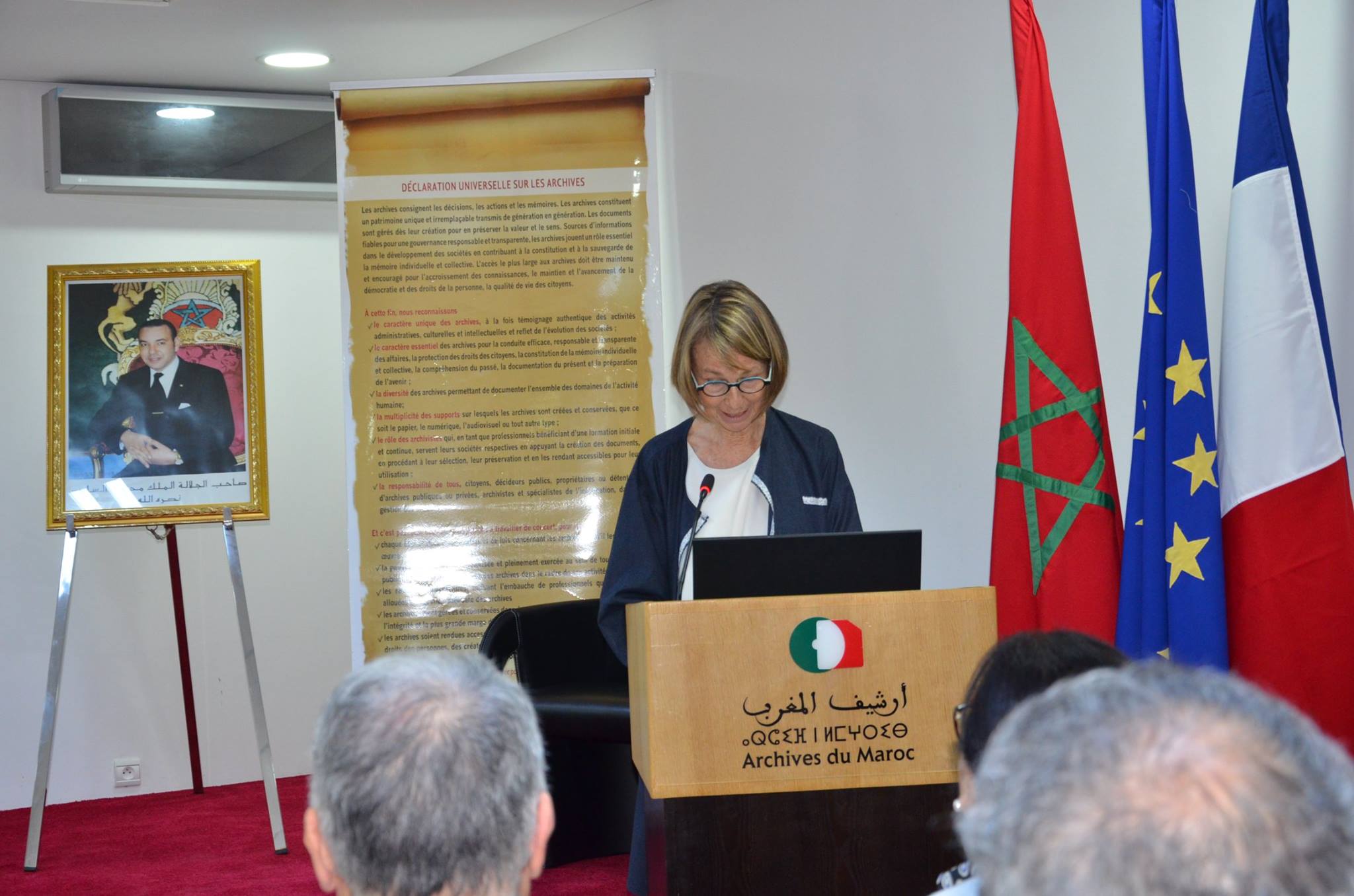 For her part, the French Minister of Culture, Françoise Nyssen
regretted the fact that “Judeo-Moroccan memory is today incomplete,
mutilated and amputated” and that archives are “scattered around the
world and difficult to access”. She considered that handing over archives to the Kingdom will help Moroccans know more about Moroccan Jewish History in the last 150 years and  make it possible for Moroccans themselves to write the history of Moroccan Judaism.

The French Minister for European Affairs, Nathalie Loiseau, said that the archives submitted to Morocco consist of important collections in the history of the Moroccan Jewish community as well as wartime and colonial files from 1936 – 55.