A three-day congress on the Jews of Egypt closes with the commemoration of an unusual project, 82 years ago : a group of wealthy Egyptian Jews financed the resettlement of Jewish refugees from Nazi Germany in the Israeli moshav of Kfar Yedidia.

A Memorial Plaque will be unveiled in
memory of the Jews of Alexandria who enabled refugees from Nazi Germany to be resettled at Moshav Kfar Yedidia.

Today, Tuesday 9 May 2017, a memorial plaque will be unveiled at Moshav Kfar
Yedidia  in the beautiful Valley of Emek Hefer in Israel.  The plaque will recall a remarkable event in April 1935, when Jews of Alexandria bought land here to resettle Jewish refugees from Nazi Germany.

The land comprised 2,500 acres in central Israel, ten kilometres north/east of the coastal town Netanya. It was purchased
for 13,000 Egyptian pounds ( then equal to 13,000 pounds Sterling) in order to
absorb the Jewish refugees. 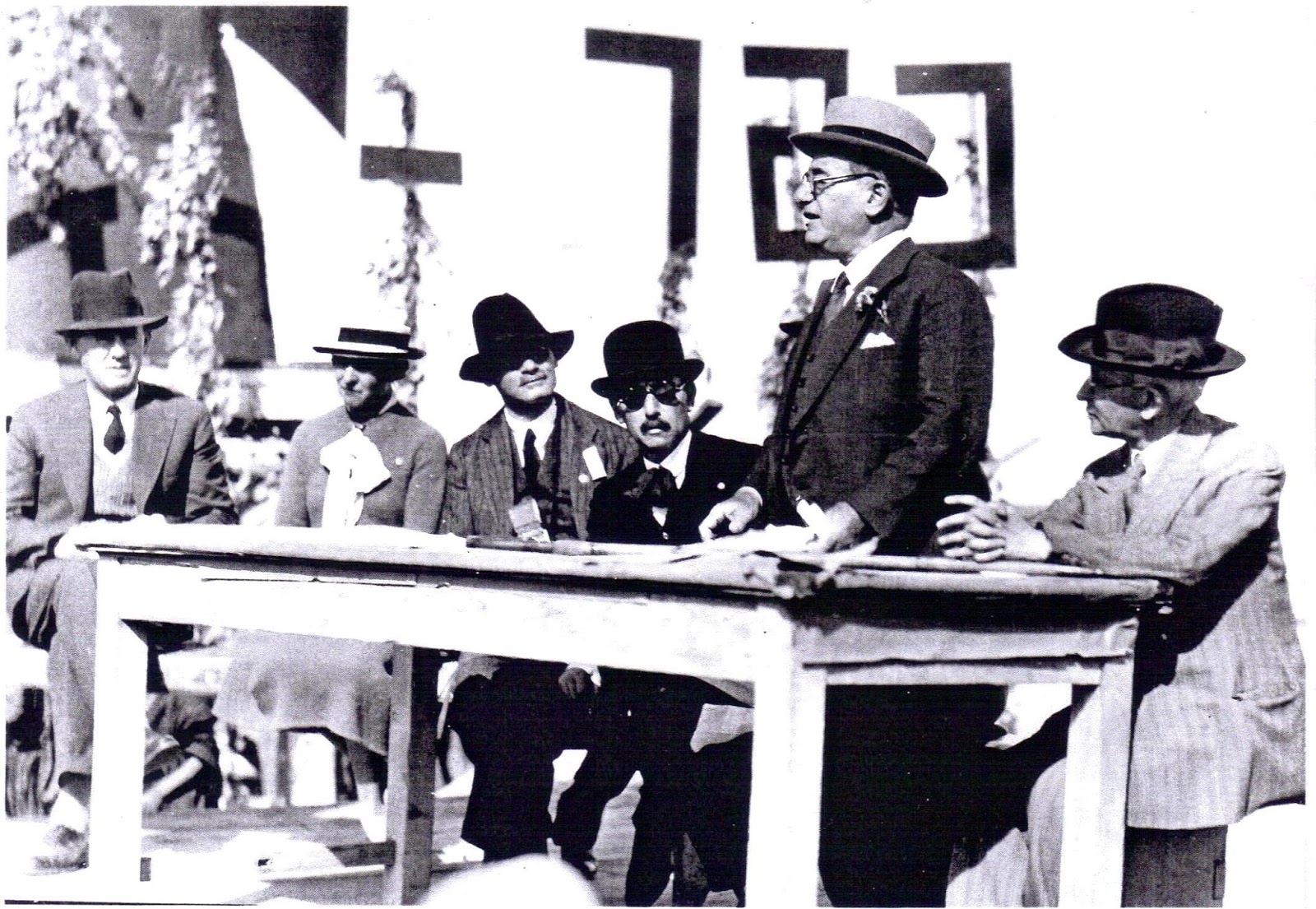 Photo taken on the day in 1935 that Moshav Yedidia, financed by Jews from Alexandria, was inaugurated.

The moshav ‘Yedidia’ was named by the Jews from
Alexandria after Philo the Alexandrian – whose Hebrew name
was Yedidia. Philo was a well-known Jewish philosopher who lived in Alexandria during the
first century AD.

‘We are thrilled,’ says Levana Zamir, President of the
Association of Jews from Egypt in Israel, ‘that just 82 years ago, on
8 April 1935, the moshav was established on the site where this memorial is being inaugurated.’

The Alexandrian Jewish
leaders who feature in the memorial photograph were M. and Mme Aghion, Edwin Gohar and Joseph Adda. Their names are engraved
on the plaque together with those of the then leaders of the
Yishuv,  Dr. Arthur Rupin and Dr. Georges Landauer.

The inauguration closes a three-day World Congress
of Egyptian Jews  held from 7- 9 May at Ramat Hagolan, Tiberias and Kfar Yedidia. The theme of the Congress, which attracted Jews from all over the world, is “50 years since the Six Day War, and its
repercussions on the Jews of Egypt”.

Among the academic speakers at this
World Congress, chaired by Levana Zamir, were Dr. Esty Webman (Tel Aviv
University) speaking about “The implications of the Six Day War on growing
antisemitism in Egypt and the Arab world”; Dr. Edy Cohen (Bar-Ilan
University) on the topic “Radio Berlin in Arabic – The influence of Nazi
propaganda and the SS Officers in Egypt on Gamal Abdel Nasser’s attitude toward
the Jews”; Dr. Dario Miccoli (Venice University Ca Foscari) on ” From
Cairo to Jerusalem: Israeli writers of Egyptian origin”.

Dr. Michele Baussant (The French National
Institute of Scientific Research in Jerusalem) presented her
research on “The Memories of Egyptian Jews in Israel from their country of
birth, compared to the memories of those who settled in France”; and
Ronit Marco from Haifa University, spoke about the digital archives project on the
Jews of Egypt she is now creating alongside the Joe and Racheline Barda Chair for
the Jews of Egypt Studies.

During this World Congress the participants told their own tragic ‘Exodus from Egypt’ stories, which have been recorded on video.

How a Jewish women’s union in Port Said welcomed German-Jewish refugees (With thanks: Desire)