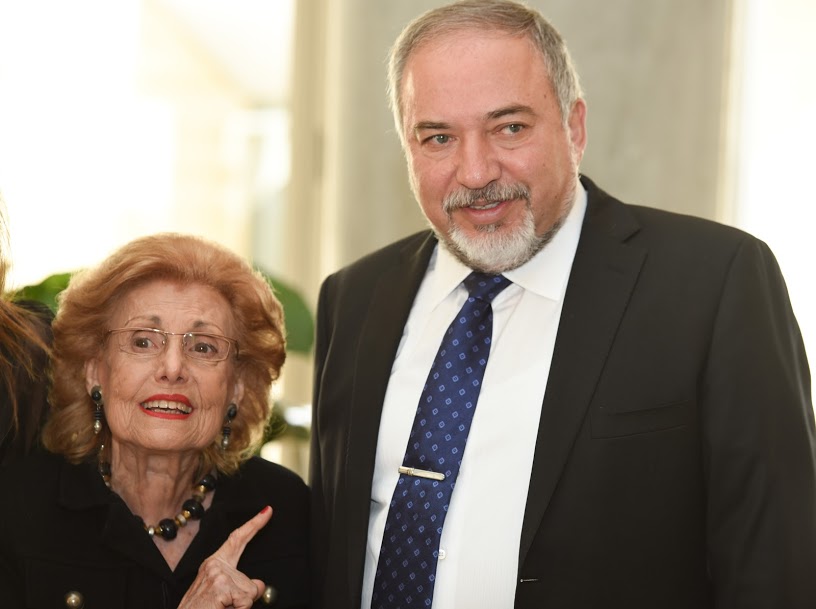 The Israel Prime
Minister’s Award for encouraging and empowering the study of
communities from Arab countries and Iran will be awarded on Monday to
three winners – the Dahan Center at Bar Ilan University, Dr. Moshe Gavra, who has researched
the Jews of Yemen, and Levana Zamir, who heads the Organizations of
Jews from Arab countries and Iran,  for her studies on the Jews of Egypt. Arutz Sheva reports on a radio interview given by minister Gamliel:

Minister for social equality Gila Gamliel
explained that the award, for the sum of 150 thousand shekels to be divided between the three winners, “is designed to encourage and enhance the
study of Eastern Jewry….The only version of the history of the Jews we see is of European
Jews – Mizrahi (Eastern) Jewry is missing. We realized that the subject is
not taught, that not much of significance was written about it, and we want to uncover
the stories of communities in all the countries – how they adapted, how they kept Judaism, who were the rabbis and leaders there, how they got along with
the neighbours, what riots were there, what caused the immigration to Israel, who was
expelled, and so on. This story needs to be told to all the people of Israel. Even internationally, it is important to tell this story, now that the Arab
countries are almost empty of Jews. “(…)

The award winners are:

The Dahan Center
at Bar Ilan University: “The Dahan Center for Culture, social and
educational heritage of Sephardic and Oriental Studies named after Aharon and Rachel
Dahan at Bar-Ilan University was established for the purpose of fostering
and preserving  awareness of the
cultural wealth of Spain and the Mizrahi communities in Israel’s heritage.

Dr. Moshe Gavra:  from Bar Ilan University, Department of Talmud.
Engaged in decades of study of Yemenite Jewry, Dr Gavra is a senior lecturer  at Ashkelon College. Dr. Gavra gets the prize for his research on “Mass
immigration from Yemen.”

Levana Zamir: Born in Egypt.
Since 2015, she has been Chairman of the organizations of Jews from Arab countries
and Iran, chairman of the Egyptian-Israeli Friendship Association.
Mrs. Zamir receives the award for her research on “The Golden Age of
the Jews of Egypt – and the option of the Mediterranean union between the
peoples of the region”. 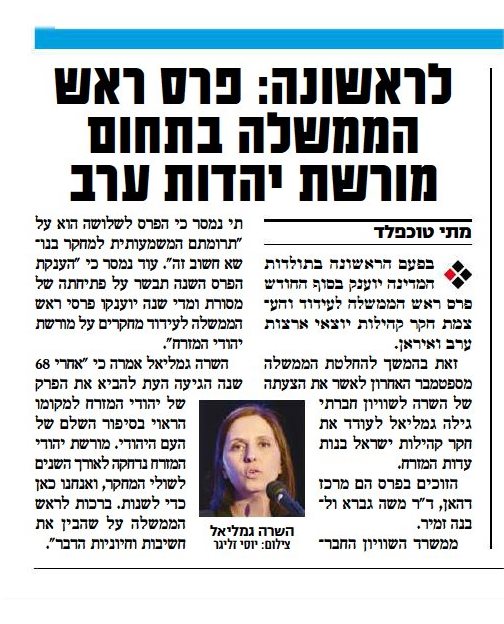