The World Jewish Congress commemorated the 30 November day to remember the exodus of Jews from Arab countries with this testimony from a Sudanese Jew. It is one of several compiled by Daisy Abboudi, author of Tales of Jewish Sudan.

In 1967, immediately after the Six Day War, the Arab League Summit
convened in Sudan to issue the Khartoum Resolution, declaring that
there would be “no peace with Israel, no recognition of Israel, no
negotiations with it”.  In spite of this, the Sudanese government never
formally expelled or evicted its Jews.  The 1,000-strong community was a
financial asset, with many of its members owning large wholesale
businesses.  This meant that by 1967, it was extremely difficult for
Jews to get an exit visa or transfer any assets out of the country.

Nearly the entire Jewish community had to leave Sudan under false
pretense, fabricating holidays or business trips and leaving all of
their belongings to sympathetic friends or neighbors.  They settled in
Israel, America (where immigration quotas meant they could easily attain
citizenship), England (via other African colonies) and Switzerland.

In 1977, some remains were moved from the Jewish cemetery in
Khartoum to Jerusalem, although many more remain in terrible condition
in Sudan.

As Israel marks November 30, the day designated by Knesset to
commemorate the lost communities of almost one million Jews from the
Middle East and North Africa, here are a few personal stories told by
members of the Jewish community in Sudan who left the country more out
of necessity than by choice. Special thanks to Daisy Abboudi, author of Tales of Jewish Sudan, for compiling these testimonies. 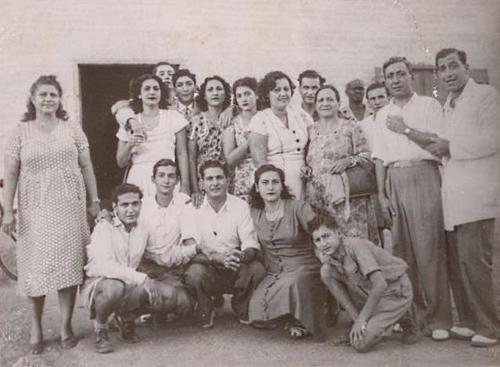 Click here for more testimonies at Tales from Jewish Sudan

Here is one testimony:

“I had just finished my O-Levels in the summer of 1967, I was 16 and
we went for a holiday with my family to England, only my older brother
he stayed in Sudan to work in the shop.  We went for a holiday but then
because of the 1967 war with Israel we couldn’t go back.  My brother
that stayed, he was 21 and he wanted papers to leave the country.  But
they wouldn’t give him, they put him in prison overnight to interrogate
him.  And not just him, all the young Jewish men.  They took them to
interrogate them in the prison.  After one night they saw he has
nothing, and they let him out.  But then he wanted to leave the country!
And he couldn’t.  No papers he can’t go.  So he went from one Embassy
to another, to another.  No-one will give him, only the Swiss.  He
finally came to the Swiss Ambassador and he came to him and he said,

The Ambassador said, ‘I know the problem, I will do something for you’.

He gave him the papers, and he went out of that country to Geneva as a refugee.

But what about us? We were still in England, we asked them to give us
asylum they said no.  Canada? ‘No’. South Africa? They said that we are
born in Sudan we might be black and so,‘No’.

Nobody.  My father even had a heart attack in England after
that.  He left everything.  The shop as it is, the house as it is.  He
had told my brother to give the keys of the shop to a man who was
working with him there, a Nigerian man.  All the stock he lost.  And the
house – everything in it – we gave to the woman who used to sell the
eggs and the pigeons because we were friends with her and we used to eat
at her place a lot.  So, no asylum, we went to Israel.”