From June to December 2015, Kamal Hachkar will be filming the sequel to his highly-acclaimed Tinghir-Jerusalem: echoes from the mellah. He will be taking the Israeli singer Neta Elkayam back to her ‘homeland’ Morocco, building cultural bridges along the way. Hachkar’s project is an essay in nostalgia and intends to boost Morocco’s image as a pluralist and tolerant society.

“For his second film, Kamal Hachkar continues to explore this
multifaceted memory, through the portrait of the third generation of
Jewish and Muslim artists who keep alive this common heritage and
celebrate the plurality of Moroccan identities. This film faces the
fatality and irreversibility of history that separated our parents from
one another, and opens paths to those who today are committed to reverse
this historical narrative, to rebuild bridges and reweave ties of
conviviality, and to write a new chapter recreating togetherness and a
sense of continued and shared destiny.

“Synopsis :
“Return to the Native Land” is the portrait of the third
generation of Moroccan Jews and Muslims who continue to perpetuate a
common heritage through the arts – music, painting, writing.

What is the Native Land? How to wrestle with the idea that we cannot
live where our roots once were? Can these artists find in the
Arab-Berber culture answers to the questions they have about their
identity?

Their dream is to return and walk in the footsteps of their families and
live for a while in Morocco to hone their craft and obtain Moroccan
citizenship. (My emphasis – ed) It is for them a way to repair the wounds of exile: these
artists symbolize this young generation that carries with them the proud
heritage of their grandparents and parents born in Morocco.

“Little by little, tracing a portrait of these artists, the film will
unveil a mosaic of plural Moroccan identities that is emerging, a
kaleidoscope of diverse experiences of those who dream, sing, paint and
fantasize their Morocco.

After Tinghir-Jerusalem : echoes from the mellah, and with the portrait
of this third generation in Israel, in the United States in Canada, or in
France, suddenly the dream to recreate bridges with Morocco, takes
shape and becomes reality.”

The Moroccan government plans to rehabilitate the ancient Jewish quarter of Marrakesh: (Jerusalem Post – with thanks: Lily) 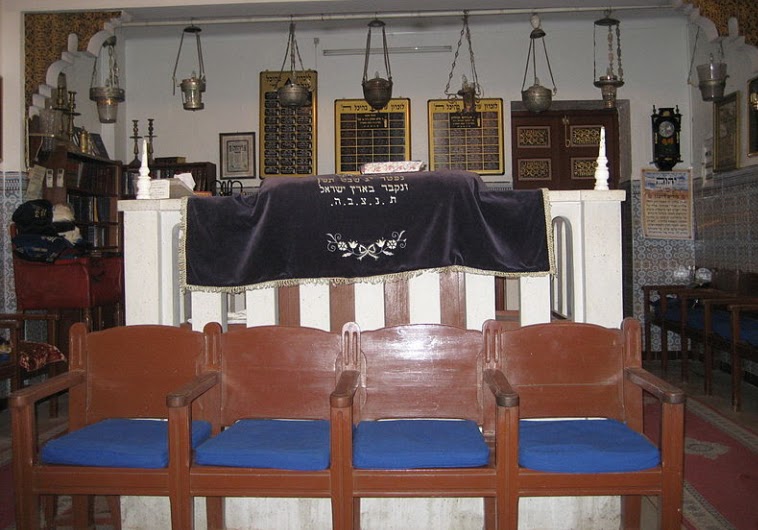