A year after the Mossad declared that eight Jews
attempting to flee Iran in 1994 were murdered on their way to Israel,
the agency recently learned that three other Jews who left Iran in 1997
met the same fate. YNet News reports:

Following this discovery, the Rabbinical Court has decided that their
wives can be declared as widows, hence allowing them to remarry. 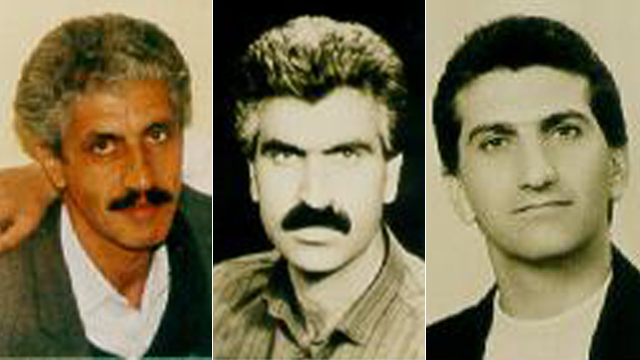 Brothers Cyrus and Abrahim Karamani and Nurallah Ravizada left Tehran
in February 1997. They were to meet a smuggler at the Pakistani border
but never arrived, and no trace of them was found.

Three years before that, eight Jews left Iran in three groups,
intending to reach Israel, and went missing. Their relatives, who
arrived in Israel via Turkey, claimed over the years that the government
was not doing enough to locate the missing people.

A few years ago, Prime Minister Benjamin Netanyahu ordered
Mossad Director Tamir Pardo to intensify the investigation into the
disappearances.

In March 2014, the Mossad said it found out what happened to the
eight people who disappeared in 1994 – they had been caught while
escaping and were killed.

The other three missing Iranians’ relatives were recently updated on
new information that came to light that the three had been captured and
killed as well.

The families have requested to meet with the president and prime minister and be officially informed of the news by them.

Yehuda Kasif, who has represented the families for years, said that
“after 18 and a half years of intensive, persistent searching, the
mystery of the missing Iranians has been solved and the tragic ending
have arrived.