It is BDS founder Omar Barghouti’s right to spout nonsense, but any self-respecting interviewer should challenge him. Ben-Dror Yemini in Ynet News eviscerates the latest display of Useful Idiocy in Le Monde:

This
weekLe Monde (registration required) published an interview with Omar Barghouti, one of the
leaders of BDS. His argument, in essence, was that there is no problem
with the Jews living as a minority under Arab rule in the exemplary
state he aims to create.

After all, the Jews, he explained, “did not suffer in Arab countries.
There were no pogroms. There was no persecution. And in general, the
Jews thrive as minorities in Europe and the United States.” So what’s
the problem? Please live as a minority under Arab democracy, which is
known for its protection of minorities, especially if they are Jews.

The man suffers from double blindness – both to the past and to the
present. It’s doubtful whether there is a Jewish community under Muslim
rule that did not suffer from persecution, with or without any relation
to Zionism. The list is long. And the leader of the British Mandate-era
Arab Higher Committee, Hajj Amin al-Husseini, was actually a well-known
fan of Jews. That’s why he apparently led the pogrom against the Jews of
Baghdad in 1941, the “Farhud“, and from there traveled to Berlin in
order to turn more Muslims into Nazis. He also wrote about his plans to
destroy all of the Arab countries’ Jews. 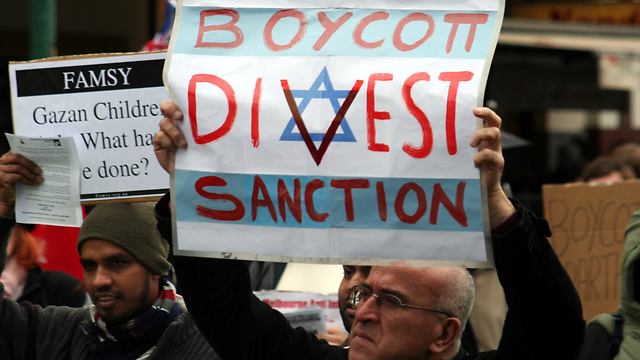 It’s Barghouti’s right to spout nonsense. But when he’s given such an
important platform, he should be asked: Excuse me, what are you talking
about? And did you forget the pogroms against Jews in Libya in 1945 and
1948, and in Aden in 1948, and in Morocco, in Damascus, and in Aleppo?
Hundreds were murdered, merely because they were Jewish. And if we turn
to the present, where exactly are minorities living in peace and quiet
in Arab nations? It’s possible that Barghouti means the black Muslims of
Darfur in Sudan.

How is it that the interviewer did not push him? Well, it turns out
that the interviewer is an Israeli, Nirit Ben-Ari. In the past she
supported the Israeli-Arab nationalist party Balad. Towards the last
elections she published an article supporting the Joint Arab List. She
is also an avid supporter of BDS. She asked to interview Barghouti for
Haaretz, but he made it clear that he refused to be interviewed for any
Israeli newspaper, because of Zionist hegemony.

Why Jewish refugees are the correct response to BDS