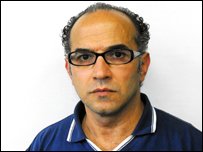 If you didn’t catch Part 1 of the the BBC World Service’s radio programme Heart and Soul: Arab Jews – forgotten exodus, it is repeated live tomorrow (Sunday 14 October) and again on Monday 15 October. Or you can listen to the programme at any time.

This series is no mean achievement for Helena Selby, the producer, who battled against the BBC’s corporate pro-Palestinian culture to get permission to air this topic for virtually the first time. But politics inevitably intervened, and the Egyptian-born BBC ex-Middle East editor Magdi Abdelhadiwas named as the presenter. Although by and large sympathetic, Abdelhadi’s influence can perhaps be detected in the use of the offensive description ‘Arab Jews’( in fairness one or two of the interviewees also talk of Arab Jews in the sense of ‘Jews of Arab culture’).

He also dwells on the Jews’ nostalgia for their countries of birth – the famous Haneen – and assumes that they all yearn to return. After one Syrian Jew in the Mahane Yehuda market had enumerated all the persecutions and restrictions imposed on the Jews, Abdelhadi says: “You love Syria”. It must have been music to Abdelhadi’s ears to listen to the 93-year old Iraqi poet Eliyahu Mansour yearning to return and drink the waters of the Tigris – an atypical and almost certainly suicidal urge, these days.

However, the listener is left with a clear understanding that all the Jews interviewed were subject to harassment and intimidation, although the persecution is portrayed as tied to the provocation of Israel’s creation.

The impression remains that Mansour ‘s family left with 800 dinars, their home was seized, their family photos torn up and their jewellery stolen while they were leaving Iraq. Nor will listeners forget Lucie Calamaro’s account of her Egyptian apartment being raided at two in the morning (the keys taken by an officer who wanted to use it at will); her father’s three-day detention; and the officer’s creepy proposal in marriage to her on behalf of his son. (All this conspired to make her father think: ‘maybe we have to leave.’) The‘Zionist bombs’ thesis mercifully has no place here.

I will stop there and leave you to make up your own mind about it – and return to share final impressions with you after hearing Part 2.