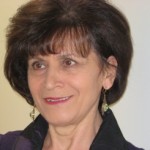 Last month, the UN marked World Refugee Day, a star-studded awareness campaign in which millions took part. Yet mention of one group of refugees was absent: the 870,000 Jews expelled from Arab countries since 1948. “Their history,” said Israel’s UN envoy Ron Prosor (pictured right), “remains one of the 20th century’s greatest untold stories”. Lyn Julius in the Jewish Chronicle* explains why their story should be told:

Almost exactly 45 years ago, Gina Bublil (above left) joined their ranks. She narrowly escaped rioting mobs and death at the hands of a driver who, instead of taking her family to the airport, tried to burn them alive inside a bus during the brutal 1967 expulsion of Libya’s remaining Jews. Her family’s warehouse was burnt down and their assets confiscated. All because she was a Jew.

In March, the pursuit of justice for Jewish refugees like Gina became official Israeli government policy, thanks to a campaign by the deputy foreign minister, Danny Ayalon, himself the son of an Algerian-Jewish refugee.

Around half of Israel’s Jews descend from refugees from Arab and Muslim lands. Another 200,000 found sanctuary in the West. Few have received compensation. Arab governments have never admitted committing mass violations of Jewish human and civil rights, much less apologised or offered restitution. Yet, while more than 120 UN resolutions deal with the 711,000 Palestinian refugees, not one refers to the greater number of Jewish refugees. Until the Ayalon initiative, the Israeli government was mealy-mouthed in raising the issue, for fear that the Arabs would raise the Palestinian refugee issue. Israel’s neglect has led to a major distortion in the way the conflict is understood.

Matters began to change in 2010: the Knesset quietly passed a law stipulating that Israel would not sign a peace deal without securing compensation for Jewish refugees. Israeli embassies around the world have been instructed to promote Jewish refugee rights. Ayalon has proposed a national memorial day for them. Last week, a draft bill making compulsory the perpetuation of the memory of these pre-Islamic Jewish communities was submitted for approval.

Ayalon’s initiative breaks new ground, by placing blame for the creation of two sets of refugees – Jewish and Palestinian – at the door of the Arab League. In 1947, Arab League states drafted a plan to persecute their Jewish citizens; their rejection of the UN Partition plan and declaration of war on Israel resulted in the Palestinian exodus. Ayalon’s ministry recommends that a global compensation fund be established to compensate both sets of refugees.

Why raise the issue when no Jew sees himself as a refugee today? They are full citizens of Israel and the West. The politics of Israeli Jews from Arab lands tend to be hawkish, coloured by the open wound of their trauma. Justice for Jews is a matter of human rights. Appreciation of mutual suffering can help achieve reconciliation.

Equally, the successful absorption of Jewish refugees provides a template for the resettlement of Arab refugees in Palestine and Arab states. Except in Jordan, Palestinians are denied the right to citizenship, and in many cases, jobs and property. The Jewish refugee issue also contextualises the Palestinian “right of return”.

Borders can be agreed, Jerusalem can be divided, but the Palestinians will never abandon their goal of turning Israel into an Arab-majority state by flooding it with millions of refugees. Return of the Jewish refugees to unsafe and inhospitable lands, on the other hand, is unthinkable.

In May, US senator Mark Kirk won an amendment to a bill requiring the agency that cares for Palestinian refugees, UNWRA, to distinguish between genuine refugees and their five million descendants. Stripped back of bogus claimants, it becomes clear that an irreversible exchange of roughly equal refugee populations took place.

The Jewish refugee issue is evidence that Jews are not colonial interlopers, but an indigenous people deserving of self-determination. Moreover, they are crucial to understanding the Arab and Muslim world’s religious and cultural resistance to the idea of a Jewish state. For 14 centuries Jews lived under Muslim rule as dhimmis – inferior subjects with few rights and little security.

Lastly, the persecution of other non-Arab and non-Muslim minorities – bound to intensify with Islamist election wins – shows that Israel is not the cause of the displacement of the region’s Jews, but a necessary haven of stability and security in a sea of dysfunction, cruelty and chaos.

* The headline is not the writer’s own but was chosen by the JC. It has upset PoNR readers, who see it as insulting, malicious and even antisemitic. Please write to [email protected] to tell them what you think.