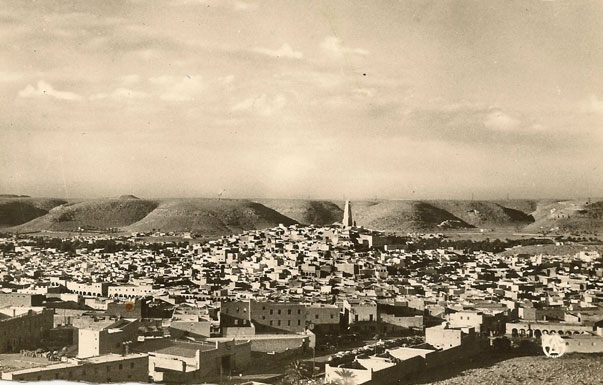 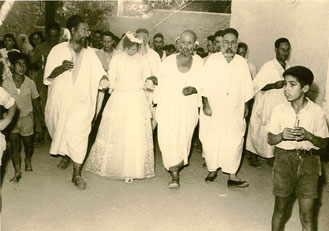 (Top) Panoramic view of Ghardaia. A Jewish wedding in Ghardaia in the 1960s (Photos: Maurice Attia)

It’s a fair bet that not many Jews will shed a tear at the passing of the ‘father’ of independent Algeria, Ahmed Ben Bella, who died yesterday aged 95. He founded the FLN, which fought the war of independence against the French and was ultimately responsible for the mass exodus of ‘pieds noirs‘ and Jews from Algeria in 1962. Yet some Jews were fervent admirers of Ben Bella or were activists for his brand of independence or socialism : Paul Benalloul, Daniel Timsit, Marylise Benhaim and Catherine Lévy became known as the ‘pieds rouges‘.

The expulsion of the Jews of Algeria is often justified because the Jews were, as French citizens, tarred with the French colonial brush. However, not all were citizens – notably the Jews of the sub-Saharan territories of Ghardaia and M’zab. Under the Decret Cremieux of 1870, only the Jews of the three northern provinces of Algiers, Oran and Constantine were eligible for French citizenship, the southern territories not yet having been pacified and brought under military control.

According to anarticle by Charles Kleinkenecht, a French government official, the Jews only took up French citizenship in extremis, three months after the ceasefire took hold and 20 days before the vote for independence. By then, the Jewish residents of these territories were in a state of panic. Young Muslims had been threatening to kill them, loot their homes and kidnap their women. Women were harassed in the streets, insults hurled and Jewish schoolchildren beaten up. Gangs began crowding around the Jewish quarter and had to be dispersed by the forces of law and order. Jewish businesses were boycotted and property sales to Muslims prohibited. ” The Jews came naked and will leave naked,” it was said.

The Jews feared a return to the bad old days of the Kanoun, Dhimmi status. At the beginning of 1962, Ben Bella was making a fearful impression with his speeches vowing that some 100,000 troops of an independent Algeria would join Arab forces to annihilate Israel. The Jews were convinced that one day they would become hostages at the mercy of the Algerians.

Some 900 Jews were airlifted from southern Algeria to Marseille, it being considered too dangerous for them to journey by land to Algiers. The community buried their holy books in the cemetery and left with 17 Torah scrolls. By 1st July 1962, the exodus was complete. Three merchants stayed behind, hoping they might salvage some of their property, but eventually they too left.