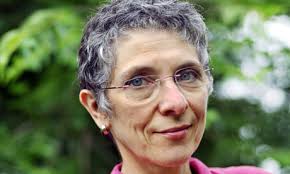 Like her or loathe her, the British journalist Melanie Phillips (writing in the Daily Mail) brings astonishing insight into politics, expressed with honesty and lucidity. Where I differ from her is that Islam is not inevitably hostile to Jews – it all depends on which Koranic verse you choose. The modern-day antisemitism overwhelming the Arab and Muslim world is in large part traceable to the extant influence of Nazism.

The co-chairman of Britain’s Conservative Party, Sayeeda Warsi, has delivered a speech* about antisemitism to the European Institute for the Study of Antisemitism. I am sure that Baroness Warsi means well. I am sure that she is personally genuinely opposed to bigotry and prejudice in any form. I would therefore like to be able to say it was a fine speech. I cannot do so. Despite much in it that was worthy and unexceptionable, in one vital respect it was a travesty – made no more palatable by the fact that many Jews subscribe to precisely the same lethally misguided misapprehension. This revolves around the comforting but mistaken notion that Jews and Muslims stand shoulder to shoulder against the same threat by racists and bigots. It’s the argument that says ‘antisemitism = Islamophobia’. And it’s the claim that there is nothing intrinsically threatening to Jews within Islam.

‘The ugly strain of anti-Semitism found in some parts of the Muslim community arose in the late 20th century. The point is that there’s nothing in our history which suggests that hatred between Muslim and Jews is inevitable.’

This is total rubbish. Muslim persecution of the Jews started in the 7th century with the birth of Islam and has continued ever since. It is true that down through the decades persecution of the Jews by Christians was more savage and barbaric than by Muslims. It is also true that there were periods when Jews prospered under Muslim rule. But the so-called ‘golden age’ for Jews in Muslim lands was very short indeed. The true history is a general story of humiliation, persecution and pogroms.

The great medieval Jewish philosopher Moses Maimonides, no less, was forced to flee his native Cordoba in Spain after it was conquered in 1148 by the Muslim Almohads, who gave the Jews a choice of conversion, death or exile. In his Epistle to the Jews of Yemen written in about 1172, Maimonides wrote of the news of compulsory conversion for the Jews in Yemen having ‘broken our backs’ and ‘astounded and dumbfounded the whole of our community’. The Arabs, he said, had ‘persecuted us severely and passed baneful and discriminatory legislation against us’. ‘Never did a nation molest, degrade, debase and hate us as much as they…’

Is there really ‘nothing which suggests that hatred between Muslim and Jews is inevitable’? This is what I wrote in my book, The World Turned Upside Down:

‘The Qur’an says Islam came before Judaism and Christianity, and was the faith practised by Abraham who was a Muslim. (3:67-68). It refers to Islam as the religion of Abraham many times (2:130, 135; 3:95; 4:125; 6:161.) It teaches that Jews and Christians corrupted their Scriptures so Allah sent a fresh revelation through Mohammed. This cancelled out Judaism and Christianity and brought people back to the one true religion of Islam that Abraham had practised.

‘As the historian of religion Professor Paul Merkley observes, the Qur’an declares that the whole of Jewish scripture from Genesis 15 onwards is full of lies…When the Jews refused to accept Islam, Mohammed denounced them as not people of faith. The outcome was the eradication of the Jewish-Arab tribe called the Banu Qurayza. Unable at first to break them, Mohammed entered into a truce with them which he broke, following which he slaughtered the entire Jewish population. Unlike the wars between tribes in the Hebrew Bible which remain merely a historical account with no practical application today, the eradication of the Banu Qurayza is constantly alluded to by the Islamists, for whom it remains an exemplary and timeless call to arms against precisely the same enemy and with similar tactics.’

Baroness Warsi said that Jews were currently targeted by the far left and the far right. So they are. But she omitted to say that they are also targeted by Muslims well beyond the groups she singled out — Muslims Against Crusades, Islam 4 UK and Al Muhajiroun. Obliquely, she refers to Muslim Judeophobes as

‘…religious fanatics. The people who claim faith drives them to acts of hatred…but who in reality are nothing more than bigots, who hijack their faith to justify their acts.’

But Muslim hatred of Jews, as Andrew Bostom notes most recently here, is rooted in mainstream Koranic exegesis (someone should give Baroness Warsi for her birthday a copy of Bostom’s monumental The Legacy of Islamic Antisemitism, more than 600 pages of meticulously documented Islamic Jew-hatred in both the religion and its history).

‘Nothing which suggests that hatred between Muslim and Jews is inevitable’? The late Sheikh Tantawi, the Grand Mufti of Al Ahzar University in Cairo and the most prominent and influential cleric in the Sunni Muslim world, used passages from the Koran to depict Jews as enemies of God, his prophets and of Islam itself. As the US media monitoring group CAMERA has noted, Tantawi wrote:

‘Qur’an describes people of the Book in general terms, with negative attributes like their fanaticism in religion, following a false path. It describes the Jews with their own particular degenerate characteristics, i.e., killing the prophets of God, corrupting his words by putting them in the wrong places, consuming the people’s wealth frivolously, refusal to distance themselves from the evil they do, and other ugly characteristics caused by their […] deep rooted lasciviousness.

‘Later, after quoting some from the Koran, Tantawi writes “This means that not all Jews are not the same. The good ones become Muslims; the bad ones do not.” (Legacy, page 394).

‘Matthias Küntzel, author of Jihad and Jew Hatred: Islamism and the Roots of 9/11, provides some other detail about Tantawi He writes that “Tantawi, the highest Sunni Muslim theologian, quotes Hitler’s remark in Mein Kampf that “in resisting the Jew, I am doing the work of the Lord.” Küntzel continues: “He praises The Protocols of the Elders of Zion, noting without the slightest trace of sympathy that “after the publication of the Protocols in Russia, some 10,000 Jews were killed.”

‘Tantawi made a number of other troubling statements. For example, in 2002, Tantawi declared that Jews are “the enemies of Allah, descendents of apes and pigs.” The following year, Tantawi issued an edict declaring that Jews should no longer be described in such a manner, apparently under pressure from the Egyptian Ministry of Foreign Affairs.

‘While Tantawi did condemn the attacks on Sept. 11, 2001 he later affirmed terrorism against Israelis. In 2002, the Middle East Media Research Institute (MEMRI), reported that Tantawi “declared that martyrdom (suicide) operations and the killing of civilians are permitted acts and that more such attacks should be carried out. Tantawi’s positions were posted on http://www.lailatalqadr.com/, a website associated with Al­ Azhar.”’

To repeat – Sheikh Tantawi was the most prominent religious authority in Sunni Islam. Does Baroness Warsi class him also as a bigot who hijacked Islam to justify his hatred?

Jews cannot stand shoulder to shoulder with Muslims against attacks by bigots because a disproportionate number of Muslims reportedly harbour or even act upon prejudice against Jews.

* with thanks: Independent Observer