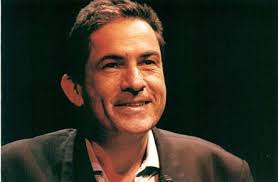 The Sephardi victims of discrimination in Israel are being driven into the arms of ultra-orthodox Zionists and the religious nationalists in a coalition of zealots, claimed the far-leftist Haaretz columnist Gideon Levy lately. Aryeh Tepper’s dissection in Jewish Ideas Daily of Levy’s simplistic and contradictory piece gives a useful account of the history of authentic Sephardi Zionism:

In a recent Haaretz column, Gideon Levy, the radical leftist polemicist, sounded the warning that Israel’s religious Zionists—”the knitted skullcaps”—have joined hands with the ultra-Orthodox and the Sephardim to form “a united tribe of zealots.” Why have the ultra-Orthodox and the Sephardim formed this coalition? In Levy’s telling, both groups are responding to the history of discrimination they’ve suffered at the hands of the Zionist Left.

Like every piece of demagoguery, Levy’s is built on a kernel of truth: Sephardi and ultra-Orthodox Jews have, at various times and for various reasons, been discriminated against, both by the state and by what is conventionally called in Israel “the left-wing, Ashkenazi, secular elite.” This generalization is itself a little silly, but it’s a sufficient basis for Levy’s attack. The moral of Levy’s fanciful story is that as the Israeli Right is becoming “a united tribe of zealots” thanks to the discrimination of the Israeli Left, then across the board, from right to left, Israel has become—hold on to your hats—a racist, bigoted society!

Alas, collectively smearing Israeli society isn’t Levy’s only game. By reducing the nationalism of Israeli Sephardim to a kind of “false consciousness” attributable to leftist discrimination, Levy (a German Jew) high-handedly dismisses the authentic, historically-rooted Jewish nationalism of the Sephardim—thus embodying the paternalistic racism he claims to deplore. He also misses the tensions that, at present, characterize relations between the Sephardi and ultra-Orthodox sectors of Israeli society. Ultimately, reality is far richer and more interesting than Levy’s simplistic anti-Zionist polemic.

The roots of that reality go back to the Sephardi Jews who helped pioneer the Zionist idea, such as poet Emma Lazarus, Rabbi Henry Mendes, and Sarajevo-born Rabbi Yehuda Alkalai (1798–1878), a proto-Zionist whose book, Minhat Yehuda (The Offering of Judah) interpreted the traditional vision of redemption in earthly terms. Decidedly ahead of his time, Alkalai called for reviving Hebrew as a spoken language and for the election of a Jewish constituent assembly in the land of Israel, where he himself moved at the end of his life.

While there’s no denying that European and Russian Jews constituted the early engine of the modern Zionist movement, equally undeniable is the tremendous appeal that Zionism held to masses of Jews in North Africa and the Middle East.

Consider the case of Yemenite Jewry. We know from documents in the Cairo Genizah that Yemenite Jews had ties with the Jews in the land of Israel during the medieval period, while Rabbi Ovadia Bartinoro, a leading 15th-century jurist, also mentioned the aliyah of Yemenite Jewry. These waves of immigration to Israel continued up through the 20th century. Between the two world wars, approximately 15,000 Yemenite Jews arrived in Israel—a remarkable figure, as the Zionist movement was only beginning to set up shop in Yemen at that time.

The independent character of Yemenite Zionism was vigorously articulated by the Yemenite scholar, jurist, and translator, Rabbi Joseph Kapach, in a 1982 speech he gave before the Knesset. The occasion was a Knesset-sponsored celebration of 100 years of Yemenite immigration to Israel, but Kapach began by making it clear that Yemenite aliyah was much more than a century old. He even noted that the term “Zionism” was unknown in Yemen, because “the Zionist movement was created as a remedy against the hostility [among European Jews] to aliyah, but without a sickness there’s no need for a remedy.”

As Kapach’s autarchic spirit makes clear, no left-wing discrimination was or is necessary to fuel the Zionist desires of Yemenite Jews.

Kapach’s forceful reclamation of this deeply-rooted Zionist identity has recently been echoed in the attack launched by rebel Shas MK Rabbi Haim Amsalem against the ultra-Orthodox leadership of the Shas party. According to Amsalem, Shas, by aping Ashkenazi ultra-Orthodox norms, is turning Israeli Sephardim, natural nationalists, into anti-Zionists. So much for Levy’s “united tribe of zealots.”