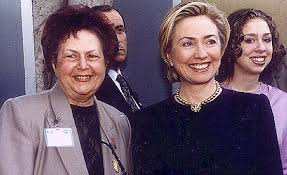 The leader of Egypt’s tiny Jewish community, Carmen Weinstein, has been found not guilty by a Cairo Appeals Court of fraudulently selling a building.

She was appealing against a three-year jail sentence and a fine after being convicted in July of defrauding an Egyptian businessman out of three million Egyptian pounds (around 520,000 dollars). Weinstein claims documents indicating she had sold the building were forged.

The court said she had sold him a building which did not belong to her and then refused to return his money.