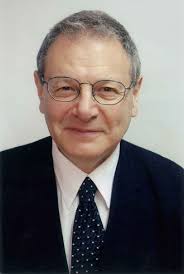 Another ‘lachrymose’ and ‘one-sided’ version of the history of Jews in Muslim lands, concludes Avi Shlaim in his FT review of Sir Martin Gilbert’s new book, In Ishmael’s House. Predictably, Shlaim, whose family fled Arab nationalism in Iraq, refutes Gilbert’s equivalence between Jewish and Palestinian refugees: ‘we left because we felt insecure’, he writes, falling back on the trope that Zionist agents ‘encouraged the Jews to leave their homes because the fledgling state of Israel was desperately short of manpower.’ Why fleeing for one’s life should be insufficient reason, in Shlaim’s book, for calling oneself a refugee ‘in the proper sense of the word’, is anyone’s guess – mine is that Shlaim’s political agenda only permits Palestinians to call themselves ‘refugees’.

The Jews have a fair claim to be the most persecuted minority in human history. Salo Baron, the American Jewish historian, coined the label “the lachrymose version” for the conventional accounts of Jewish history as a never-ending chain of discrimination, degradation, persecution and suffering, ­culminating in the Holocaust.

In his new book, historian Martin Gilbert tackles a relatively neglected but fascinating subject: the history of the Jews in Muslim lands. The end result, however, is essentially an extension of this lachrymose version from Europe to the Near East.

The book is ambitious in scope, covering 1,400 years of Jewish-Arab history. The narrative covers the period from the rise of Islam in the 7th century to the present day. It includes the fraught relationship between the Jews of Medina and the Prophet Muhammad, the Crusader conquest of the Holy Land, the Ottoman Empire, the impact of Zionism in the first half of the 20th century and the creation of Israel in 1948. The emphasis throughout is on the fundamental uncertainty of life under Muslim rule: the dual prospects of opportunity and restriction, protection and persecution.

Jewish life under Muslim rule naturally invites comparison with that under Christian rule. Here Gilbert quotes with approval the eminent Jewish scholar Bernard Lewis, who concluded that the situation of the Jews living under Muslim rulers was “never as bad as in Christendom at its worst, nor ever as good as in Christendom at its best”. Lewis observes that “there is nothing in Islamic history to parallel the Spanish expulsion and Inquisition, the Russian pogroms, or the Nazi Holocaust”. But he goes on to point out that there is nothing in the history of the Jews under Islam “to compare with the progressive emancipation and acceptance accorded to the Jews in the democratic West during the last three centuries”.

Gilbert is an anecdotal historian, not an analytical one. He has produced a lively chronicle of the Jews in Muslim countries from Morocco to Afghanistan. He has rich materials at his disposal and he is attentive to the human voices of individuals. But his account is both highly selective and narrowly focused on the Jews. What is missing is the wider political, social and economic context to enable the reader to place the Jewish minority in each Muslim country within its proper historical perspective.

Some examples of Muslim openness, tolerance and courage are given by Gilbert. The bulk of the book, ­however, consists of examples of ­Muslim hatred, hostility and cruelty towards the Jews.

Some of the episodes related in the book are blood-curdling, such as the Ba’thi regime’s arrest, torture, conviction and public hanging of nine Jews in Baghdad in 1969 on trumped-up charges of being Zionist spies. But episodes of this kind are the exception rather than the rule. By piling one horror story on top of another so relentlessly, Gilbert paints a misleading picture of the life of Isaac in the house of Ishmael. The reality was far more complex. As even Lewis conceded: “The Jews were never free from discrimination, but only rarely subject to persecution.”

Nowhere is Gilbert more strikingly one-sided than in his account of the consequences of the 1948 Arab-Israeli War. In the course of this war, the name Palestine was wiped off the map and 726,000 Palestinians became refugees. In its wake, around 850,000 Jews left the Arab world, mostly to start a new life in the newborn State of Israel. For Gilbert, these Jews are simply the other half of the “double exodus” and he persistently refers to them as “refugees”. With few exceptions, however, these Jews left their native lands not as a result of officially sanctioned policies of persecution but because they felt threatened by the rising tide of Arab nationalism. Zionist agents actively encouraged the Jews to leave their ancestral homes because the fledgling State of Israel was desperately short of manpower.

Iraq exemplified this trend. The Iraqi army participated in the War for Palestine, and the Arab defeat provoked a backlash against the Jews back home. Out of a population of 138,000, roughly 120,000 left in 1950-51 in an atmosphere of panic and peril.

I was five years old in 1950 when my family reluctantly moved from Baghdad to Ramat Gan. We were Arab Jews, we spoke Arabic, our roots went back to the Babylonian exile two and a half millennia ago and my parents did not have the slightest sympathy with Zionism. We were not persecuted but opted to leave because we felt insecure. So, unlike the Palestinians who were driven out of their homes, we were not refugees in the proper sense of the word. But we were truly victims of the Arab-Israeli conflict.

Despite all its shortcomings, Gilbert’s book is an illuminating and a moving account of the history of the Jews in Arab lands. But he is psychologically hard-wired to see anti-Semitism everywhere. The picture he paints is consequently unbalanced.

By dwelling so persistently on the deficits, he downplays the record of tolerance, creative co-existence and multi-culturalism in Muslim lands which constitutes the best model we have for a brighter future.