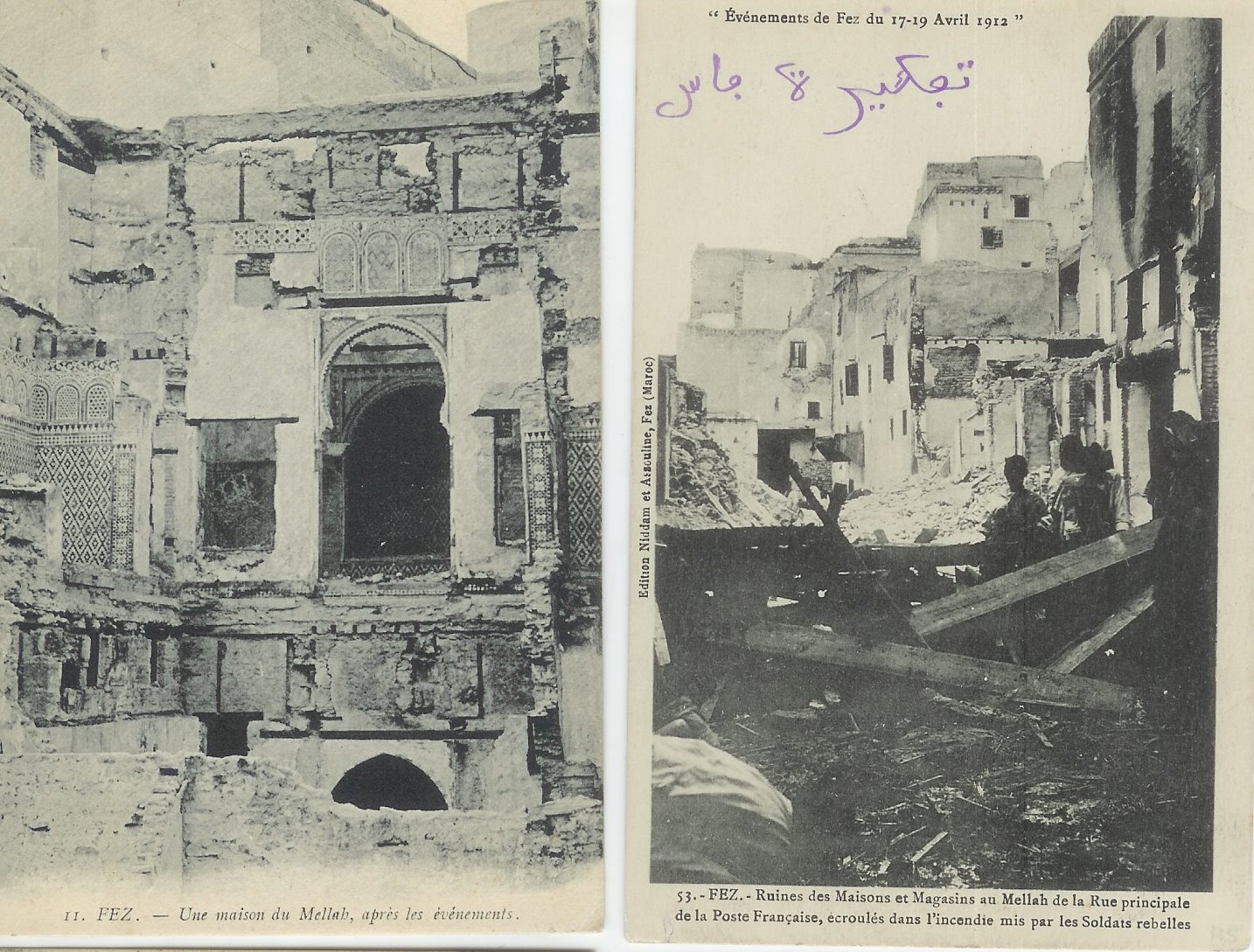 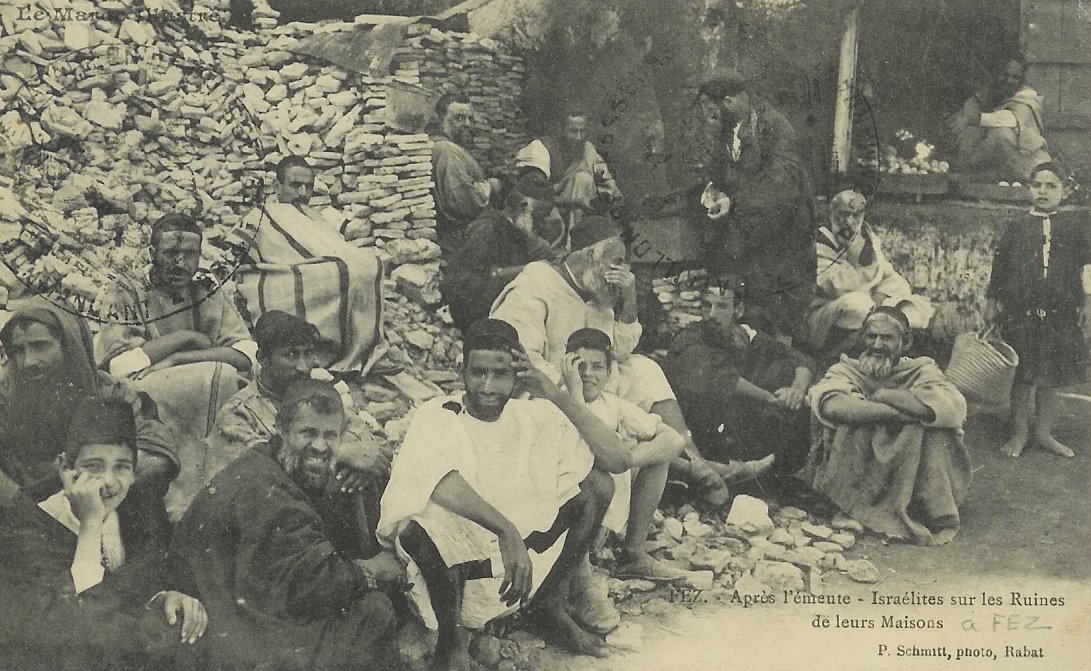 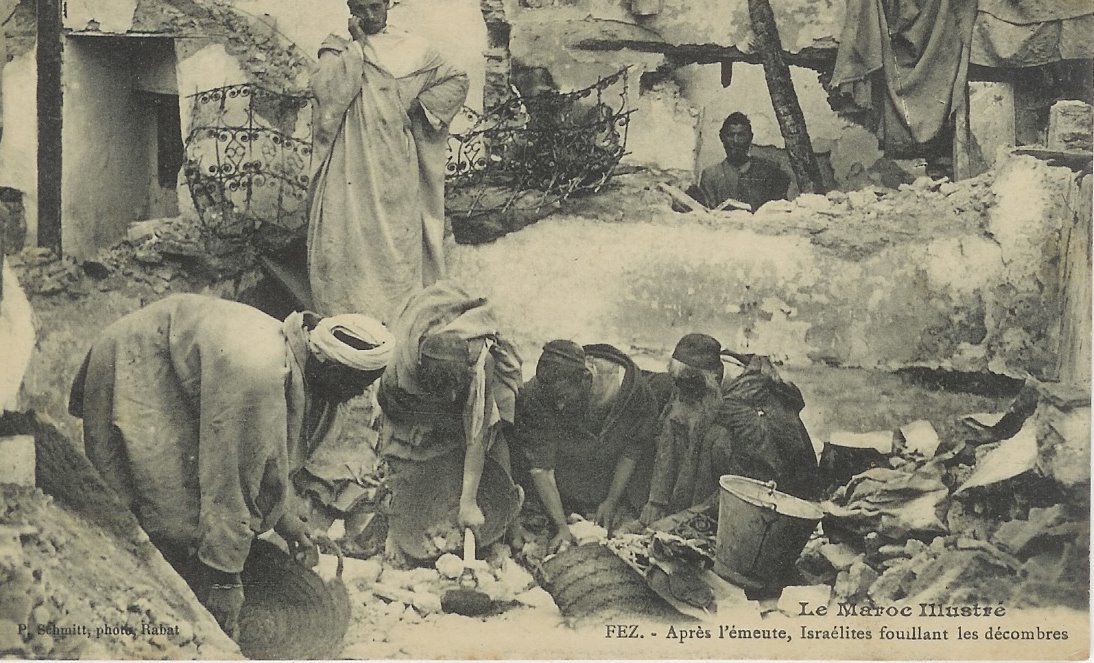 Next time somebody tells you that the Jews lived perfectly happily in Arab countries, think of the above images. Shocking, aren’t they? Perhaps you think they must have happened after 1948, as an understandable backlash to the creation of Israel?

No, these horrific pictures of devastation date back to 1912. They took place in Fez, in ‘moderate’ Morocco, which proudly proclaims that it has always treated its Jews well. They show the destroyed house of a prosperous Jew, a vandalised shop and homeless Jews squatting in the ruins of their houses after the mob had run riot in the Mellah (Jewish quarter). Four years earlier, similar devastation took place in Casablanca*. For this you could not blame Israel, nor the colonial powers. Morocco was not yet a French protectorate.

The Jews were not expelled from Morocco, but is any no wonder that with anti-Jewish pogroms such as these deeply ingrained in their memories, Jews fled the country as soon as they could?

With acknowledgements to Joel Bettan

*5 – 6,000 men broke into the Mellah on 3rd August 1907. They looted, raped and murdered for three days. Only five or six houses were spared. More than 500 Jewish-owned shops were set on fire. All the synagogues were wrecked, but the Jews managed to save the Torah scrolls. There were 6,000 Jews in Casablanca. After these tragic events, one third had disappeared – some had been kidnapped, some had fled. (source: Histoire des juifs en Afrique du Nord by Andre Chouraqui, p45). I repeat, Morocco was not yet a French protectorate when these events took place.